These Apple Pie Cupcakes have a surprise center of apple pie filling topped with a creamy maple vanilla frosting. Individual Apple Pie A’La Mode servings and you don’t have to make a crust or deal with melted ice cream!

For this recipe I used Cake Flour and Egg Whites to create a light fluffy crumb on the cupcake. Maple Vanilla Buttercream and Apple Pie Filling can be very rich, so a lighter cupcake texture creates a great balance. 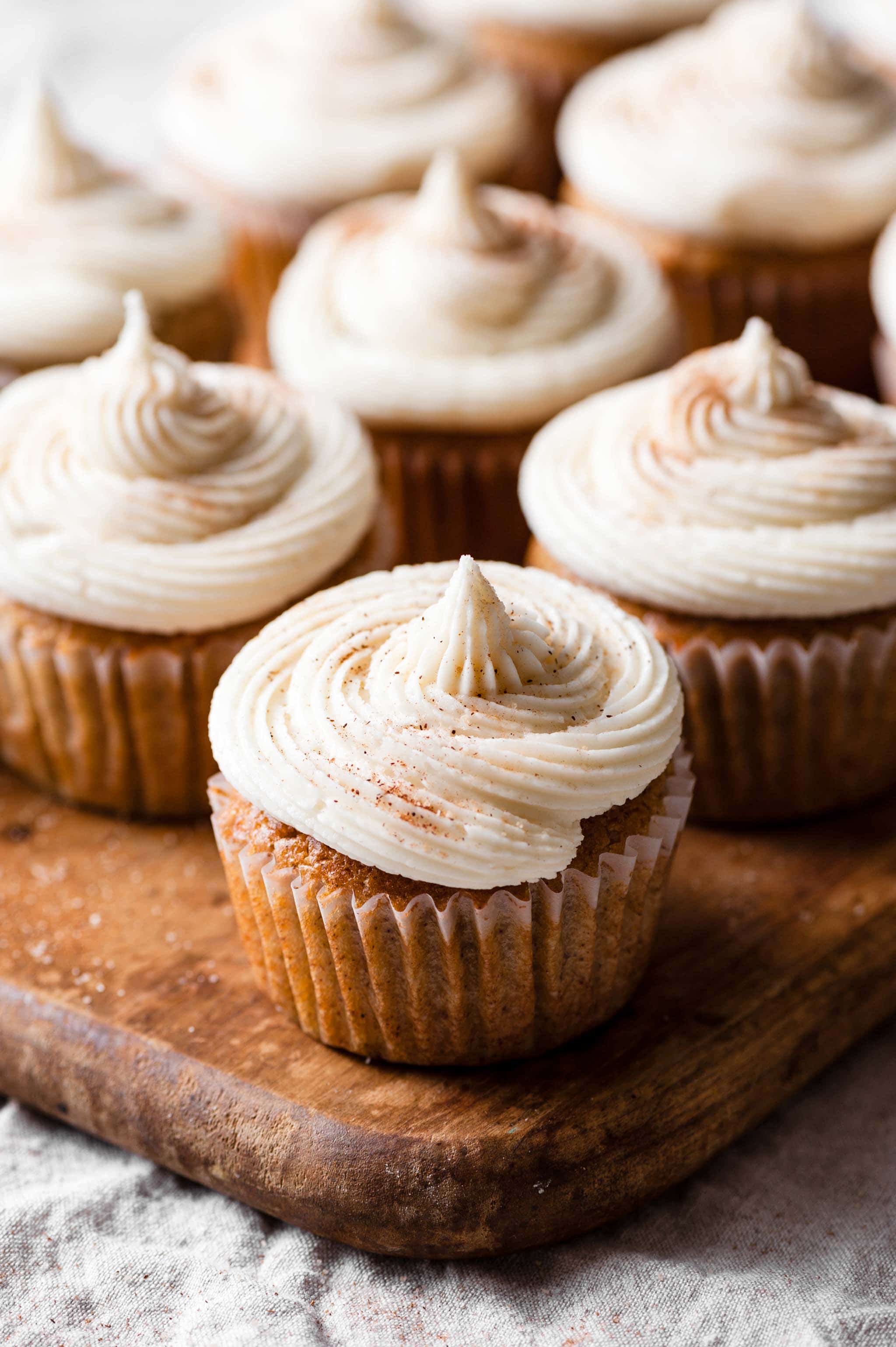 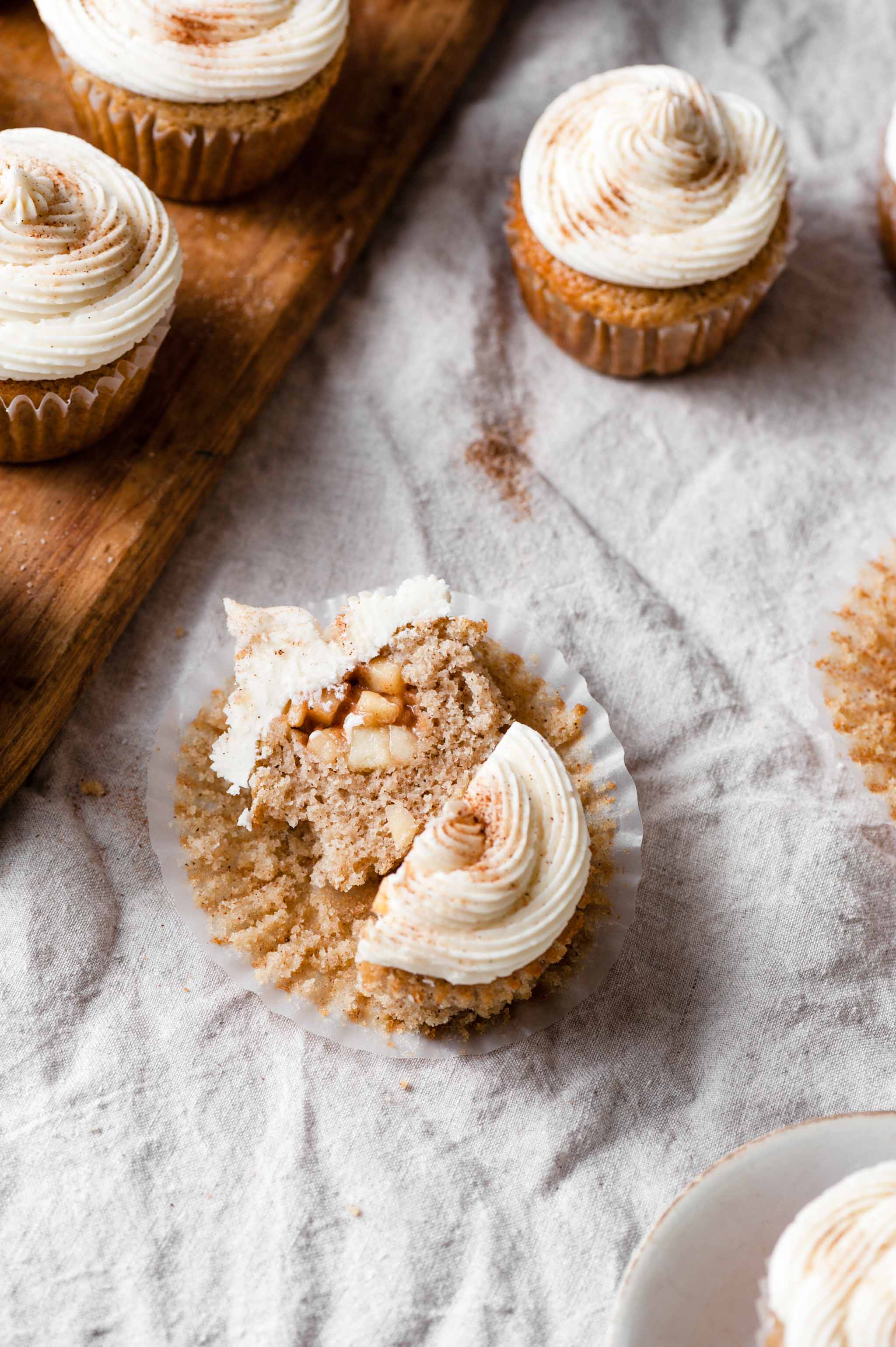 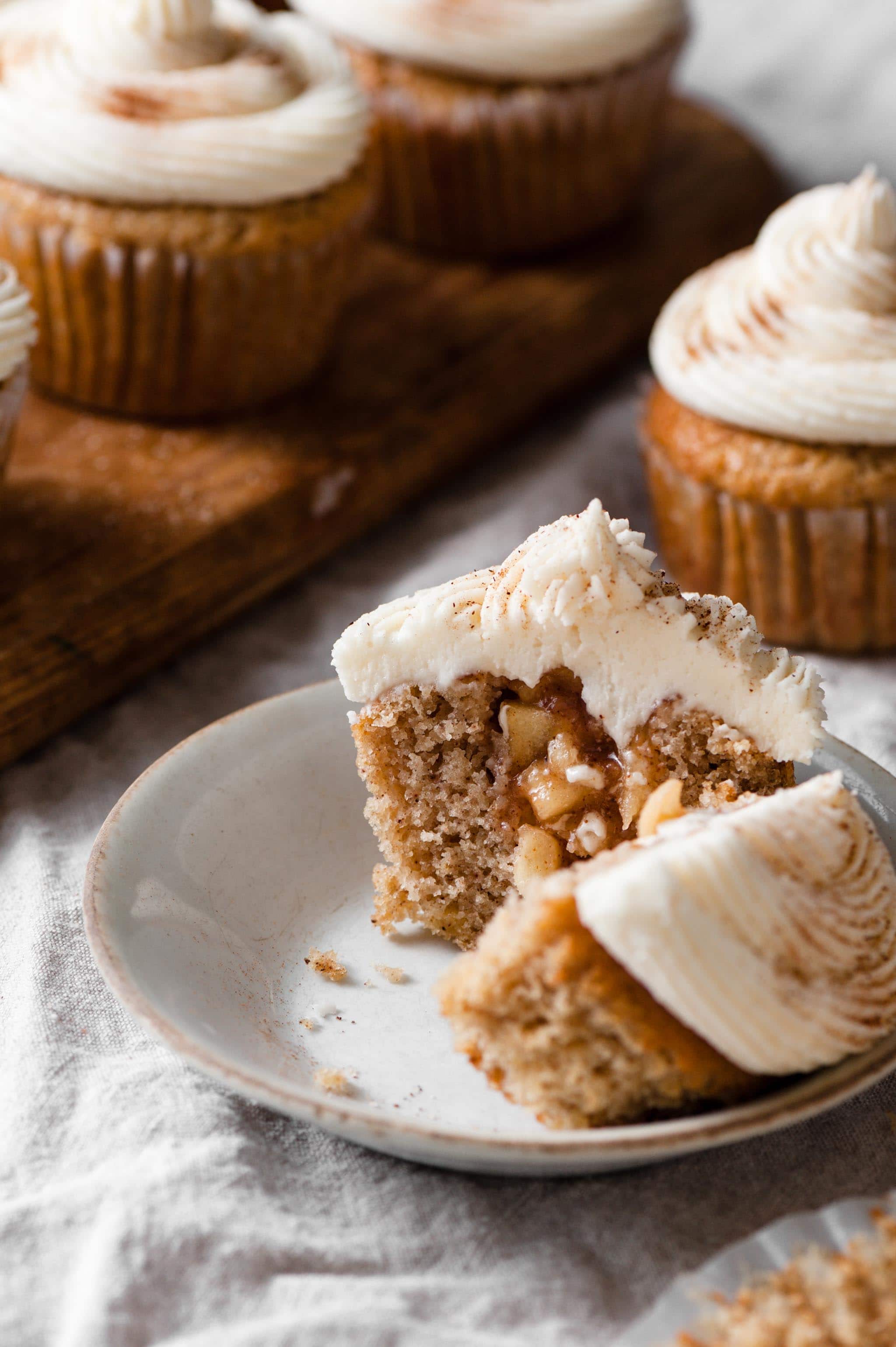 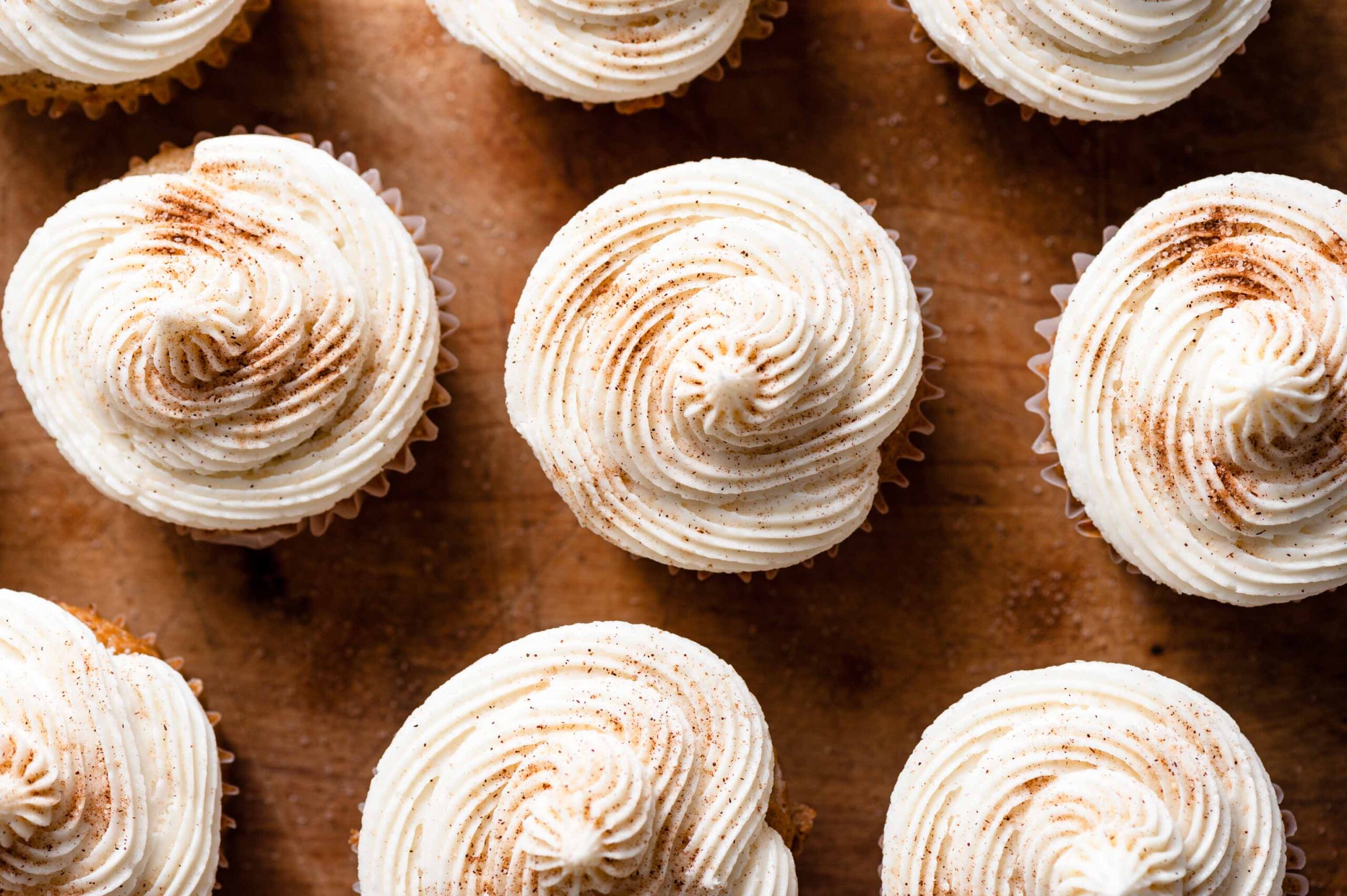 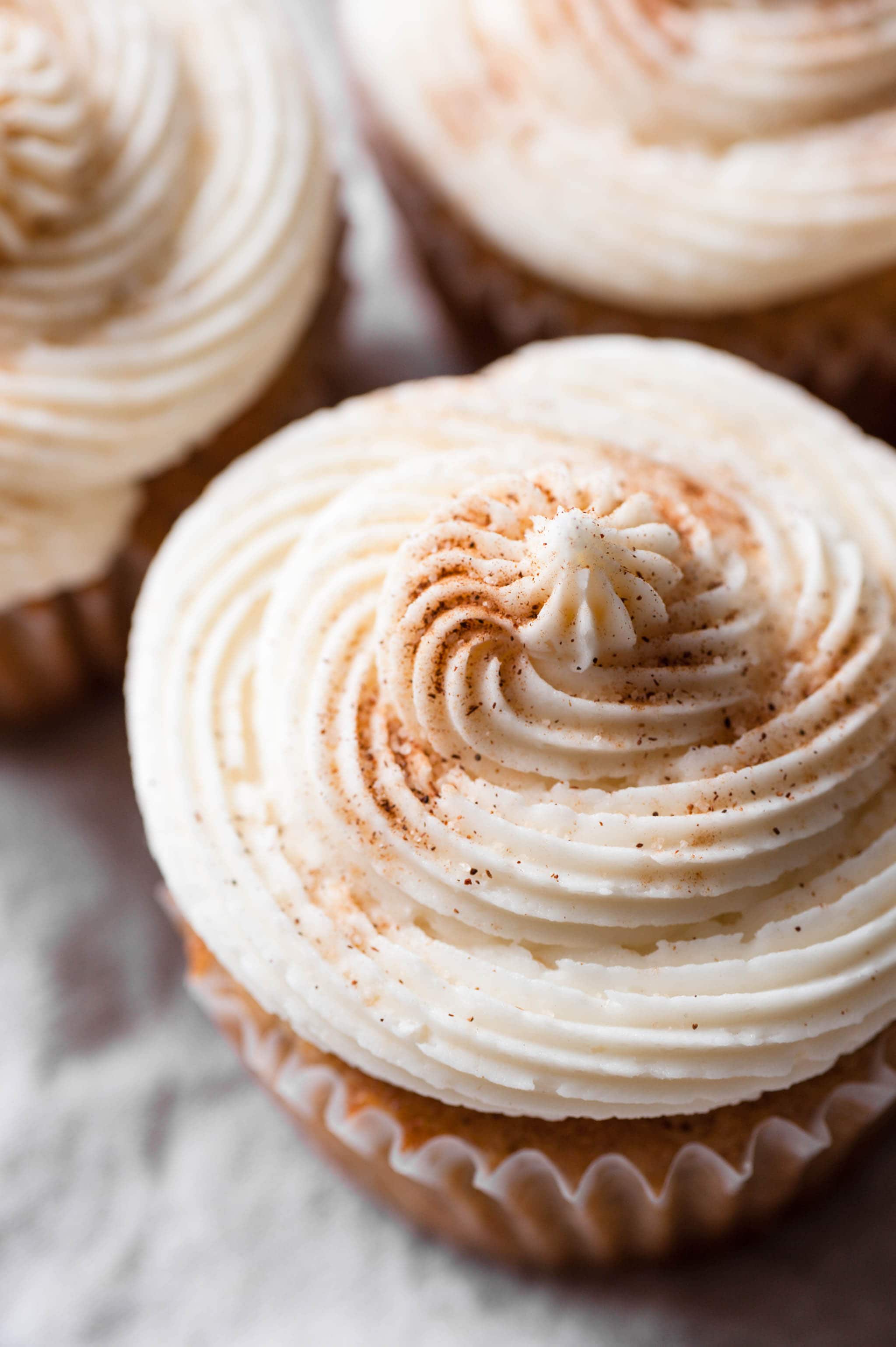 Another Cupcake Recipe to Try is the Chocolate Espresso Banana Cupcakes!! 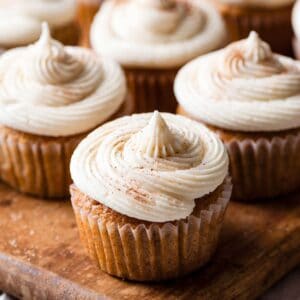 *Nutritional Facts are an average of all ingredients. You may not use all of the Apple Pie Filling and Frosting.** 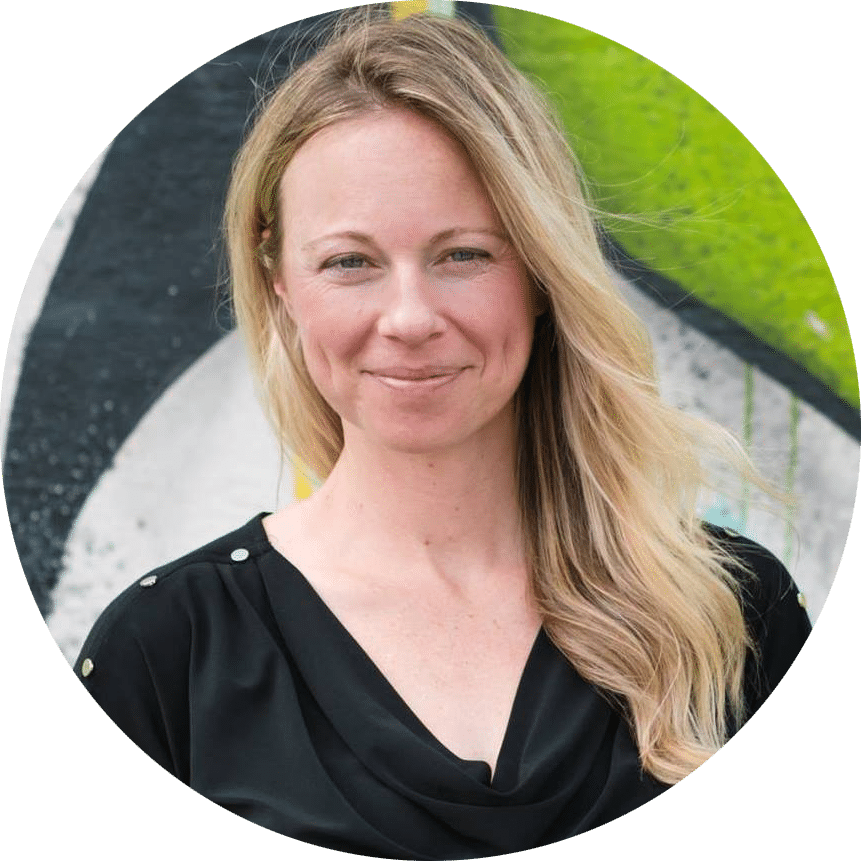 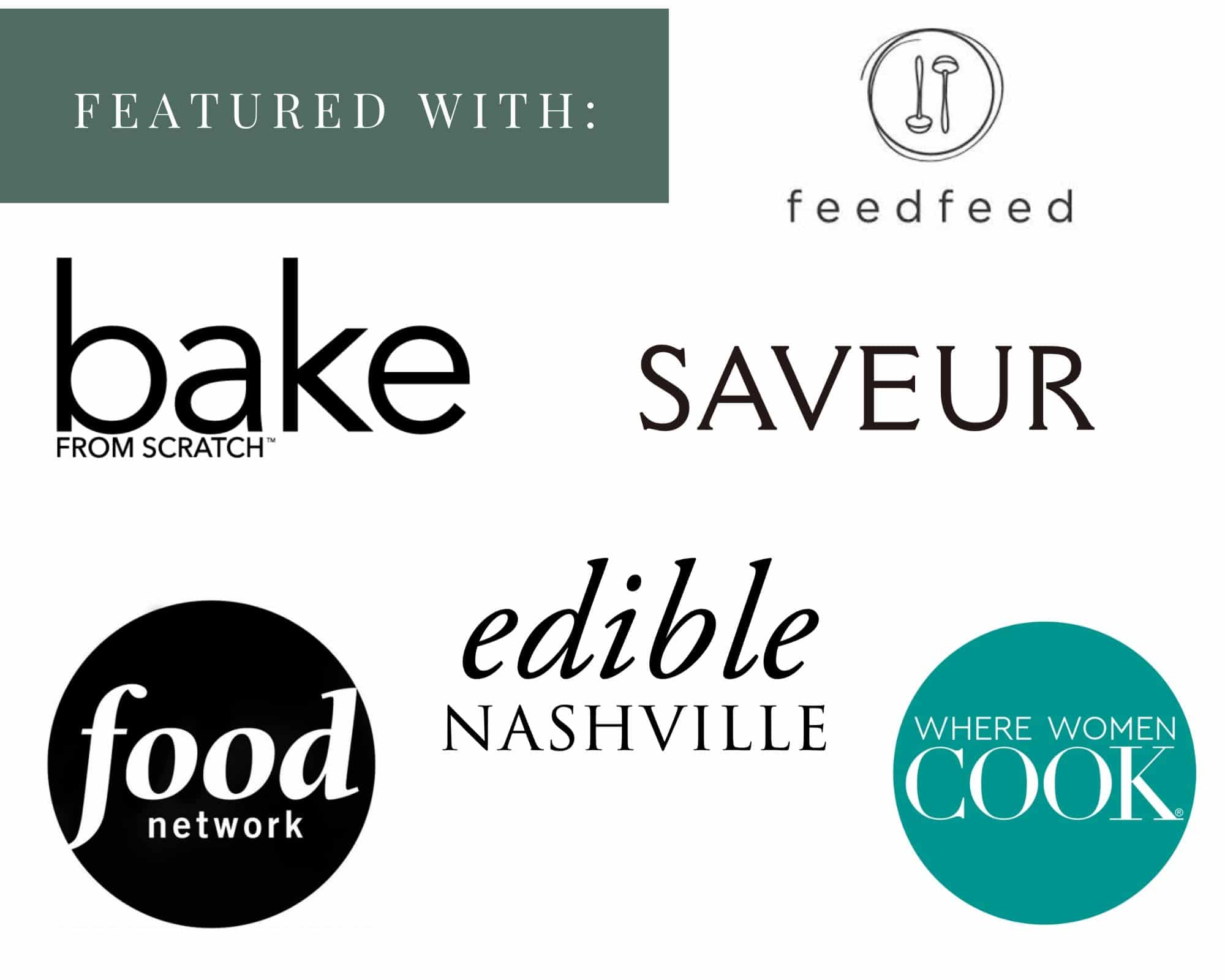 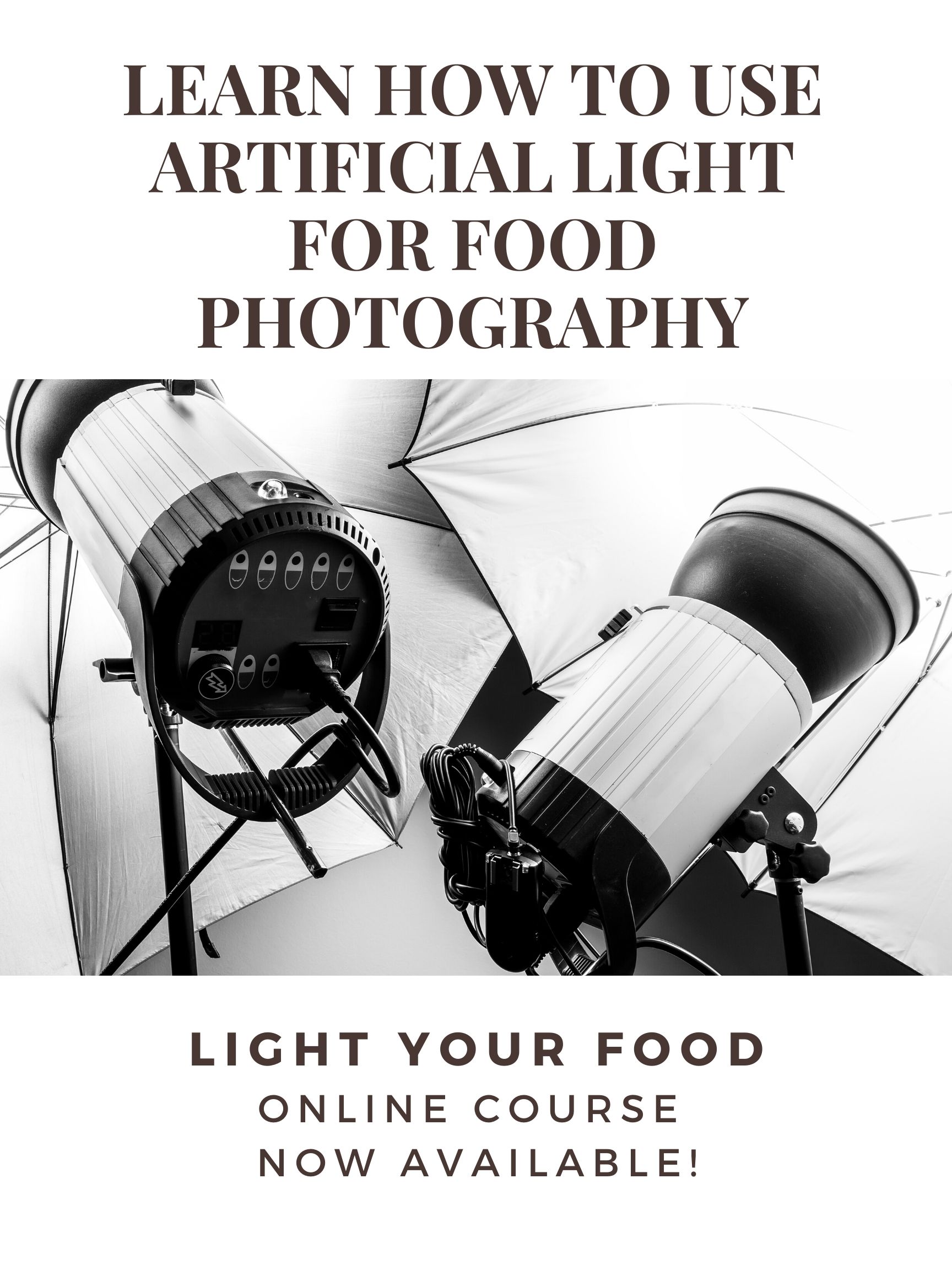 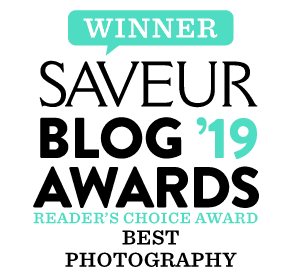 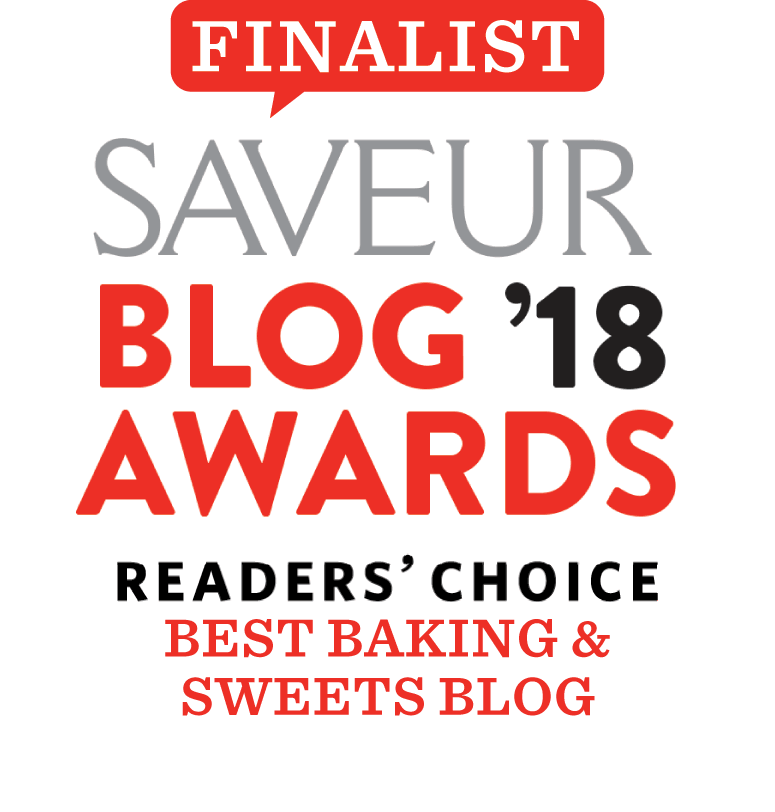