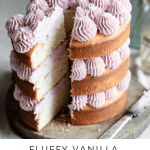 One thing every baker needs is a delicious made from scratch Fluffy Vanilla Cake Recipe. A light, slightly moist cake texture that can be used for either round, square, or cupcake occasions. This recipe twist on the classic vanilla cake comes from a mixture of different cakes I’ve tried or seen in the past. It’s one of the best cake recipes because it simple and has a wonderful vanilla flavor. Plus, its the perfect base for decorating with spring colored frostings.

When I want to create a tender crumb texture in my cakes, I always grab cake flour. It has a lower protein content when compared to All Purpose Flour so its softer  and absorbs more moisture. In this recipe I did a 2:1 mixture of cake flour to all purpose so the structure was firm enough to make a layer cake.

Yes, vanilla yogurt is my oil substitute in this cake batter. Not only does yogurt add moisture, its tangy vanilla flavor is drool worthy. The acidity also reacts with the baking powder to create a nice rise.

Egg whites are used instead of whole eggs in most recipes to create a fluffy rise when combined with sugar. However, they can also have a drying affect if not mixed with any fat or oil. Hence, the use of vanilla yogurt. So, why did I choose egg whites over whole eggs? I love the consistency of angel food cake and wanted to incorporate some of that into my sponge.

How Do You Make a Cake Fluffy?

For extra fluffy cakes, separate the egg whites from the egg yolks.  Beat the egg whites and then fold them into the batter as the last step before baking.

5 Reasons Why this is the BEST Fluffy Vanilla Cake Recipe! 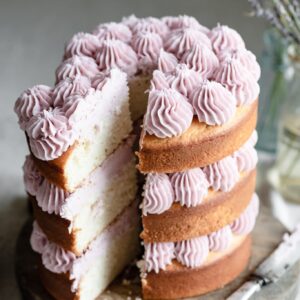 They may have a very small dome, so feel free to level before assembling layer cake. If using a 9 X 13 sheet cake pan, simply decorate with frosting of choice and serve.
did you make this recipe?Mention @twocupsflour or tag #twocupsflour!
« Vanilla Madeleines
Lemon Angel Food Cake »
Get the Brunch Pro Theme 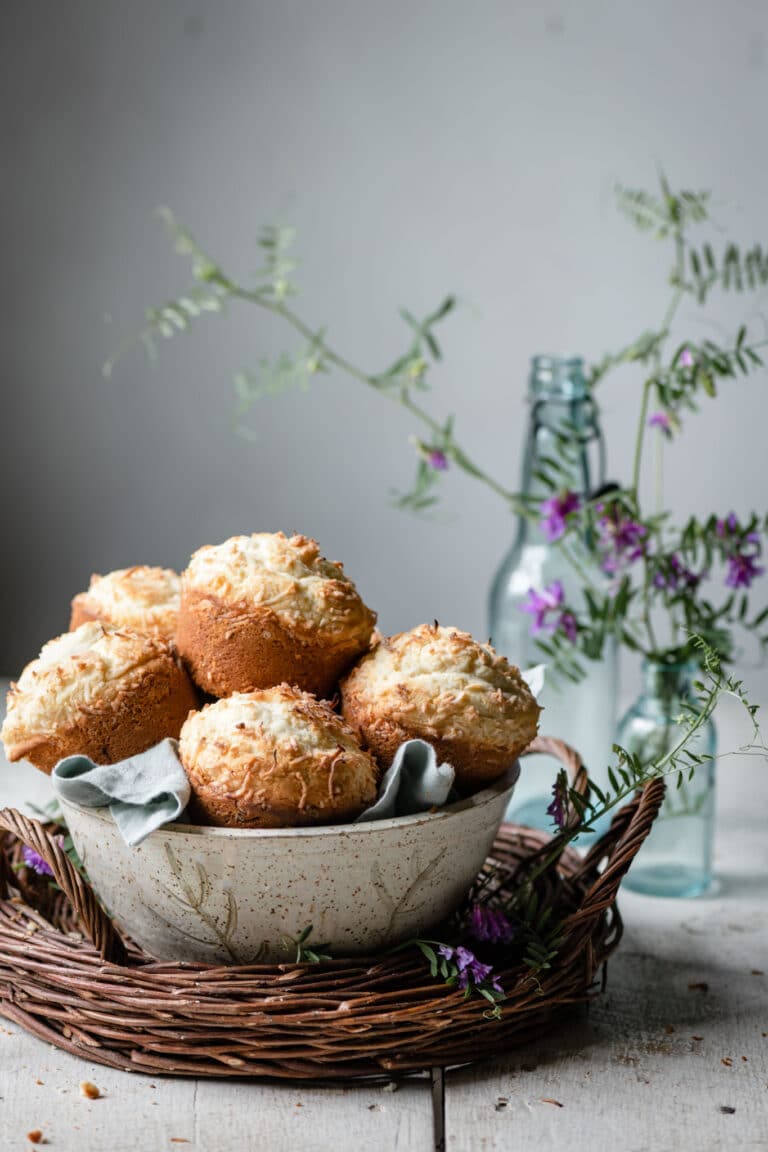 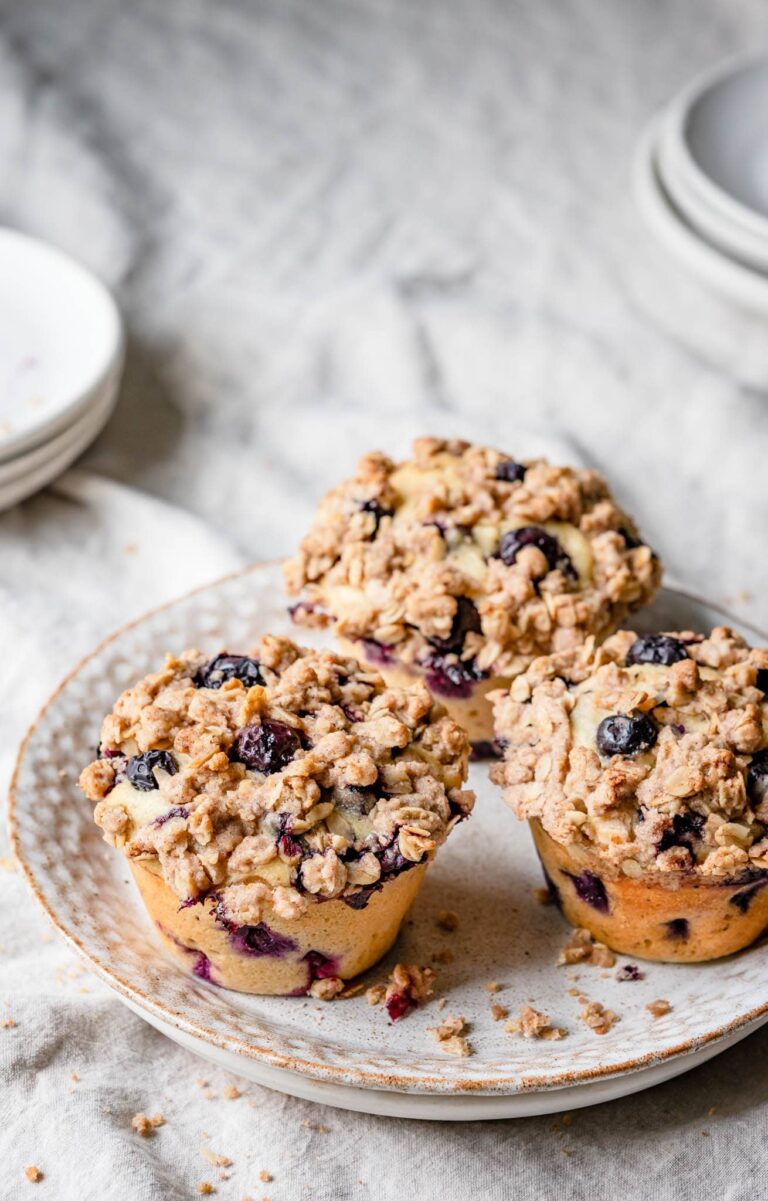 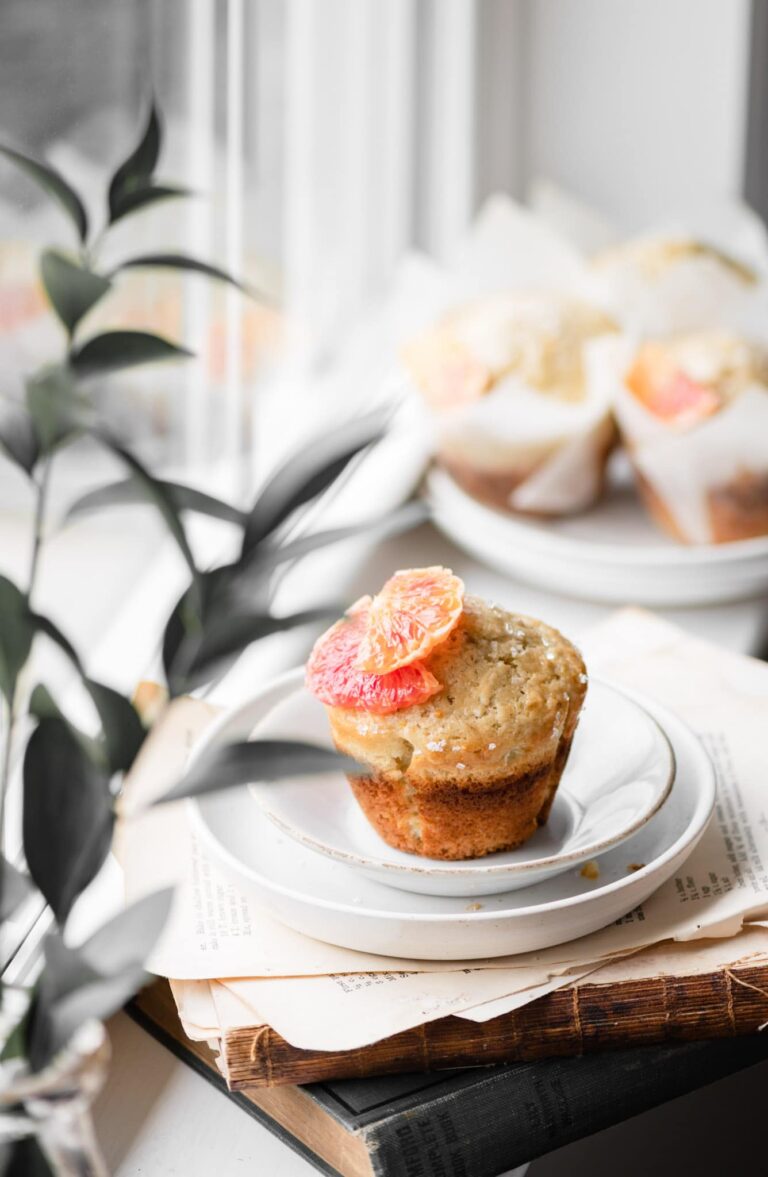